7 Sides to the Atlantis Quest 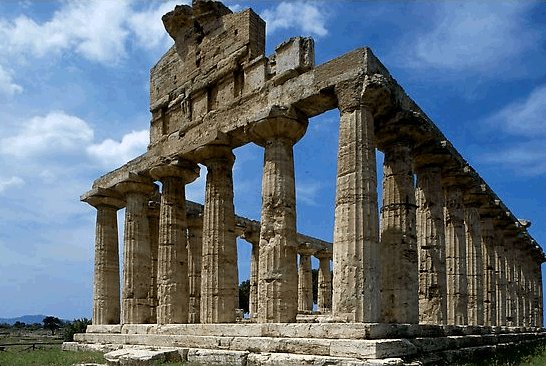 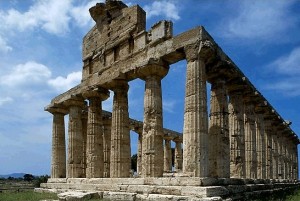 What did Plato have in mind when he wrote about Atlantis? Certainly, we can’t ask him. He died nearly twenty-four centuries ago. Many scholars and skeptics would like to think he made up the story, despite the fact that he tells us more than once that the story was a true one.

According to Plato, Atlantis was a large island empire in the Atlantic Ocean, just outside of the Strait of Gibraltar. In one day and a night, the island disappeared beneath the sea. Could such a story be true? Many of the arguments against the validity of the tale are falling to new evidence in support of our Atlantis Quest.

There are 7 scientific disciplines involved in the Atlantis Quest:

The Geology of Atlantis

We need to know if the forces of geology could have created and then destroyed a large island as Plato described. In the Northeast Atlantic, we find a tectonic plate boundary. And guess where most mountains are formed? In fact, the Azores and Madeira Islands may be the scant remains of a once mighty empire. There are telltale clues of plate boundary damage, if you know what to look for. We have found the clues that tell us how Atlantis could have been formed and the forces which could have destroyed it.

When you step out of a bathtub, what happens? For our concern, the most important thing is that the water level goes down. The same would happen if a large island were to collapse. From Plato’s writings, we have a rough idea of the size of Atlantis. From this we can calculate a likely magnitude of sea level drop. And one scientific article gives us just such a drop.

Another effect from getting out of a bathtub is that of sloshing water. In the case of the overnight collapse of a Texas-size island, we would likely have had one nightmarish mega-tsunami. And, from science, we have one clue that may be indirect proof of such a wave. This is the abrupt change in worldwide climate that happened 9620 BCE — a veritable match for Plato’s date for Atlantis.

How can Atlantis have been real if we have no evidence that any civilization existed that far back? That is a reasonable question, but the implication is a logical fallacy. It is an argument to ignorance. A lack of evidence does not disprove the idea that civilization did exist that far back. The recent discovery of ruins at Gobekli Tepe, Turkey, which date to about 9,500 BCE, make that point abundantly clear. Who knows what discoveries will be made tomorrow?

Future efforts might need to go under water. In order to find the colonies of Atlantis, or even the capital city of the island empire itself, diving equipment will be required. Sea level was about sixty meters lower when Atlantis supposedly sank, so those colonies may be closer to the old, submerged coastline. And the capital city is likely under three kilometers of ocean water.

Can language tell us anything to help our Atlantis Quest? It can offer certain clues that are seductively suggestive, but nothing of conclusive proof. Taken with other evidence, though, we see a pattern emerge that more strongly points to Atlantis. These clues link some of the Native North American tribes with the Basques, the Suomi (Finland), Etruscans, the Amazigh (Berbers), Sumerians, Dravidians, Georgians and Mon-Khmer. And one of the most interesting clues involves a swap between mothers and fathers.

The Children of Atlantis

Before history began, the activities of humanity were shrouded in myth. Some of those myths have been found to be based on real, factual events and people:

Will the same thing happen with Atlantis? There are clues from myth that suggest Atlantis may have been matriarchal. And some of the very cultures that may have been children of Atlantis bear this out.

We have clues from biology that link the Basques with some Native American tribes. The genetic link, though, shows a separation of at least twelve thousand years, and this is just right for our Atlantis Quest. The minimum date of genetic separation is that of Plato’s date for the destruction of that long, lost island empire.