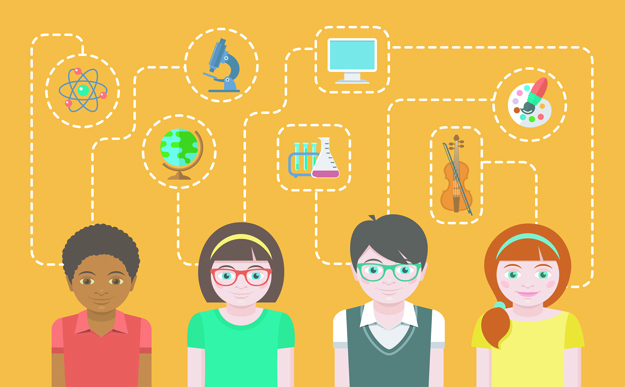 40 Years of Bringing Science to Life in The Classroom

In 1961, John F. Kennedy famously beckoned the American people to journey into space and reach the moon by decade’s end. Both challenged and encouraged by our young president’s infectious and visionary attitude – the country heeded his call.

It was a monumental accomplishment that galvanized the nation’s fascination with science and technology and inspired the creation of an educational video series known as the Science Screen Report.

Developed to enhance curriculums throughout our nation’s schools by stimulating students curiosity in science, it’s no coincidence that as it approaches its 40th anniversary, the Science Screen Report is more relevant than ever.

“Students are far more immersed in their studies when they can experience the world beyond the written pages of their textbooks and see it live, in full color and in three dimensions,” says Cleveland Middle School Librarian, Grace M. Dyrek.

Apparently many educators across the nation agree. When the Science Screen Report made its debut in 1970, less than 100 schools nationally were utilizing its services. Today nearly four decades later, more than 10,000 school districts use the series as an essential tool to help promote science as an invaluable subject.

“We cannot do enough to engage students in science. The sciences have never been more important to society than they are now,” says Scott Forman, President of Allegro Productions whose company produces the series from Palm Beach County, Florida. That advocacy is also shared by President Obama who stated, “Today more than ever before, science holds the key to our survival as a planet and our prosperity as a nation.” These are high stakes that will require a much deeper commitment to science than previously shown by U.S. schools, students and parents.

According to the Washington Post, science scores from the 2006 Program for International Student Assessment – a test given every three years – showed that U.S. 15 year-olds trailed their peers from many industrialized countries. It’s a trend that’s mirrored in American middle schools as well.

To help close and overcome that gap, Science Screen Report and its companion series, Science Screen Report For Kids, is designed to get students engrossed in science as early as possible – science is not a subject to simply just pass. “We’re trying to get kids interested in careers in science; show them it can be challenging, rewarding and full of opportunity,” adds Forman whose company produces eight programs per school year for each series.

Roughly 15 minutes in length and produced to directly address National Science Standards and Science Literacy Benchmarks, both series cover a variety of topics ranging from chemistry to the environment to physics, biology, medicine, ecology, engineering, space science, energy and oceanography.

Visually captivating to capture the attention and imagination of today’s technologically advanced kids, each Science Screen Report is accompanied by a thoroughly researched teacher guide. Prepared by a committee of educators, the guides provide background information, suggestions for critical thought, a glossary, career possibilities, resource and reference material, and tend to provoke lively classrooms discussions regarding the featured subjects.

Having worked for decades with the National Science Foundation’s Presidential Awards for Excellence in Mathematics and Science Teaching, the Science Screen Report continues to receive accolades. Series materials have also been used in the Smithsonian Institute’s Teacher Resource Center, and are listed in the resource guides of the Eisenhower National Clearinghouse, the U.S. Department of Energy, the U.S. Department of Education, and many other state and local agencies.

Although delivered to schools using the latest technology such as video streaming, supporters of the Science Screen Report face an age-old problem – funding. The series which augments an existing school’s curriculum is often subject to budget cuts. Currently it’s sponsored by hundreds of companies that enable thousands of school districts around the country to receive the program for free. Program sponsors receive a PBS type opening and closing message that appears at the beginning and end of every program that is viewed in the classroom.

Yet in this turbulent economy where cutbacks are the norm, Forman is optimistic that corporations will continue to see the value that Science Screen Report brings to the classroom. It’s an ideal situation; schools receive the award winning content at no cost, and corporations have an appropriate method for reaching their future employees and customers. It’s a logical way for these companies to invest in their own communities.

A small investment that Forman hopes will continue to provide American students and teachers with the tools they need to regain their place at the forefront of science and technology, and remain there for generations to come.