The Reasons Why You Should Consider Working in the Oil Industry 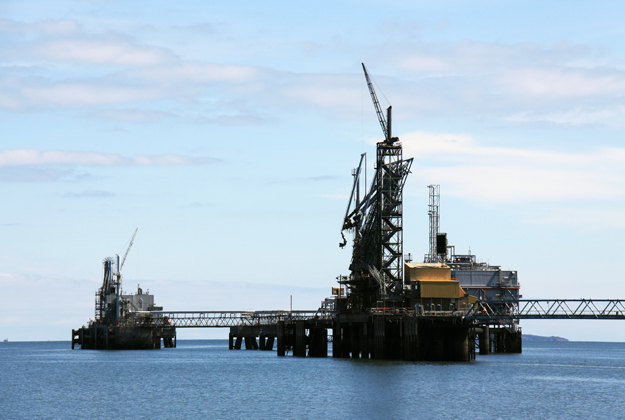 If you’re tired of the daily commute just to spend eight hours sat in front of a computer screen and tied to a desk, finding an alternative career that offers challenges, a completely different environment and a well-paid job with prospects sounds like a perfect solution. There is such a solution, and it comes from an unexpected quarter – the oil and gas industry.

The oil and gas industry is one that, unlike many that have had to ‘downsize’ because of the economic recession, is in the ascension. Rather than adopting a ‘slash and burn’ policy of job cuts, closing production and generally reacting in the same way to the global recession as every other industry, the oil and gas sector has managed to survive the most uncertain of economic times by freezing wages and waiting for the storm to pass. That storm has now abated, and the oil and gas industry has emerged stronger, leaner and ready to do business on a grand scale. The world’s demand for petroleum based products has increased, not decreased, and new ways of tapping into the planet’s resources are being explored on a daily basis. The knock-on effect of this increased level of exploration and industry stability means that oil and gas jobs are now highly desirable and plentiful.

The World Offshore Drilling Forecast has indicated that the level of rig spending by the major exploration companies will increase over the next three years. Drilling exploration alone is set to increase by 7% and, as the industry looks at alternatives to deep sea drilling in the wake of the Gulf of Mexico disaster, other methods of extraction are also being explored. All of this activity means that there are going to be a lot more oil and gas jobs at all levels available for candidates.

Oil and gas jobs don’t just mean working as a roustabout on a drilling platform. The industry is a global one, drawing upon a wide range of disciplines to locate and extract the precious commodity lying just below the surface. From geology to robotics, oceanography to environmental work, the oil and gas industry isn’t just about tough, rugged men doing a dirty and dangerous job out in the middle of the ocean. The oil and gas industry employs a huge skills base and rewards those who are prepared to work hard, use their initiative and are ambitious with good pay and ample opportunity for advancement. Even entry-level positions such as a roustabout on a rig can earn up to US$50,000 a year. The higher up the ladder you climb the greater the rewards.

Oil and gas jobs don’t just rely on academic qualifications, either. If you are prepared to work hard and be part of a team, your school or college certificates aren’t the only determining factor to advancement. As the industry is a global one, there is also plenty of opportunity to see parts of the world that you would never get to experience working nine to five at a desk job.

Oil and gas jobs aren’t easy. They’re hard work, sometimes dangerous and often dirty, with long periods spent away from home for rig workers and a level of isolation that you don’t have in a ‘normal’ job. But if you’re prepared to work hard, accept the risks and conditions and be part of a global team, oil and gas jobs give you better pay, a greater chance for career advancement and unrivalled travel opportunities. If that sounds like a better alternative to that daily commute and a desk job, perhaps it’s time you took a serious look at a job in the oil industry.

Source by Paul B Smith