GOA – A Carnival of Beaches 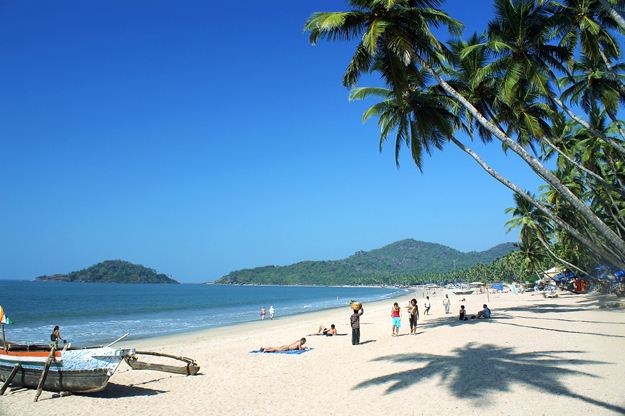 The state of Goa on the West coast of India, is located in the coastal belt known as Konkan. While this tourist magnet has much to offer: old churches, carnival atmosphere, Portuguese flavour, wildlife, nature and tantalizing cuisine, yet, mention Goa and the first, often only, image that flashes in one’s mind is of the BEACHES.

For the 105 km long Konkan belt has generously bestowed Goa with some of the best beaches in India: a wide eclectic range guaranteed to suit every taste and fulfill every fantasy. Goa offers both, popular hotspots swarming with tourists where every inch of territory is claimed and contested to virgin stretches practically untouched by ‘development’.

For the beach aficionado traveling to Goa, it entails choosing between being in the midst of the action where ultra modern facilities such as luxury hotels, malls, night clubs, restaurants, spas and massage centers abound or courting the solitude of a rustic shack that opens out to wide empty sand and sea.

Goa’s beaches are roughly divided into two groups based on their location: Those lying in North Goa and others situated in South Goa.

Goa’s capital Panaji in the North and Margao, a major city in the South, are two central points from where most of Goa’s beaches can be accessed.

As one goes up north from the beach at Calangute or down south from Colva, the traffic on the beaches starts thinning so that soon there remain just the golden sands and tranquil waters under the beneficent beam of a glorious sky – Goa’s beaches at their purest, most unadulterated!

Check out some of these options: 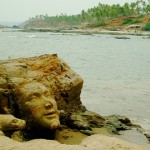 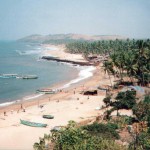 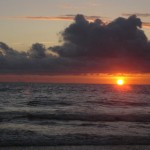 About 22 kms from Panaji, situated in Bardez Taluka, the crescent shaped beach of Vagator and nearby Chapora are isolated havens in North Goa. Tourists come for the sheer beauty of the white sand and black lava rocks sparkling against a verdant rural landscape. The rural atmosphere untouched by the scepter of commercialization that often plagues good beaches, the nearby 500-year-old Portuguese fort of Chapora is another attraction here.

One of the more spectacular of Goa’s beaches, this five-mile stretch, nestled between the sea and a hill has some interesting black rock formations jutting into the sea. Former haunt of the hippies, the beach is just right for lazing on the sands all day. Night-long parties spice up the atmosphere on Anjuna, which is also famous for its Wednesday flea market where you can pick up anything from paper backs to pottery. The Mascarhenas Mansion, a classic piece of old Goan architecture with woodwork and floral stained glass etchings makes for an interesting visit.

Undeniably one of North Goa’s most popular beaches, one can expect a crowd here! This Queen of Beaches, with nearby saltpans and coconut groves adding to its charms, was the original mecca for the European hippies who came to Goa in droves in the 60s and 70s. Today, Calangute offers all modern facilities including spas, massage parlours, shopping centers and internet cafés. While the golden sands here still retain their magic, the Church of St. Alex and the Kerkar Art Complex are added attractions. 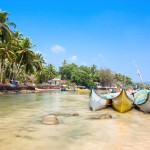 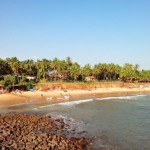 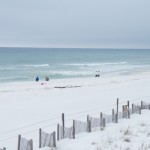 Quiet in comparison to Calangute, this small beach is for those seeking the idyllic Goa of the yesteryears. Its scenic beauty is enhanced by the hill with the retreat house and the Baga River flowing alongside – the sea explodes in dramatic sprays where the river flows into it. Offering water sport opportunities, this beach is popular with the western tourists in Goa.

One of the best beaches in Goa for water sports including water-skiing, para- sailing, diving and surfing, facilities for these activities are of international standard here. The uninterrupted sandy stretch north from here till Baga beach makes this an excellent beach for walking too.

Lying adjacent to the Mandovi River as it empties out into the sea, Miramar was earlier known as the Gasper Dias Beach.” One can enjoy an excellent view of Fort Aguada from the beach, which is studded with luxury hotels and the homes of Goa’s rich and famous. Demphe college of Arts and Science and the memorial to Goa’s first chief minister Dayanand Bandodkar also stand here. 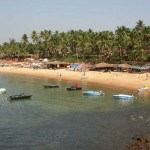 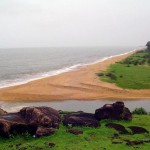 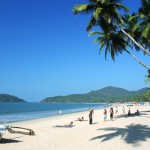 This beach is well known for the Fort Aguada Hotel built around a 17th century fort that goes by the same name. While the hotel grounds are off-limits for the general public, one can still walk around the beach. The fort, originally built to protect Old Goa from foreign attack, today houses Goa’s Central Fort. Aguada beach is full of cafes, stalls, massage parlors and facilities for water sports.

A three-kilometer long stretch of sand and palm with a hill to the south, this beach is one of those offering a sense of solitude quite rare in Goa. In fact, Agonda is just the place for an overnight beach camping adventure! Nearby is Cabo de Rama, where according to Goan legend, Lord Rama stayed with his wife Sita for 12 years.

A 5 km stretch of sand, Majorda is where the Jesuits harvested the best toddy palms to leaven their bread. As a result, Majorda was home to the original Goan bakers skilled in the art of European baking, a skill possessed by bakers here even today. Much earlier, so Goan legend states, Lord Rama as a child was kidnapped and brought up here. 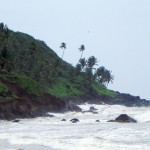 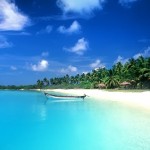 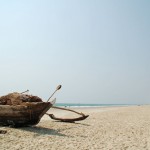 With a huge 5 star hotel right at the edge of the sea, this beach is somewhat separated from both, the North and South Goan beach circuits. And the sea around has some intriguing islands. The beach is lined with eateries, each claiming to be Osibisa’s chosen favourite!

Most beloved beach of the Goans, Colva in South Goa is plush with modern tourist amenities. Colva is also famous for the Church of Our Lady of Mercy with its famous statue of Menini Jesus.

A tranquil beach, legend describes it as the place where the legendary arrow of Parashuram’s arrow fell, from which Goa was created. This is where you can see the famous handicrafts of Goa, including fine rosewood furniture. A good beach for those seeking solitude. The church of St. John the Baptist, as well as the Feast of St. John are synonymous with this beach. 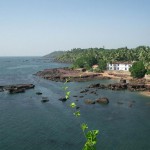 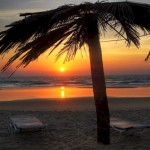 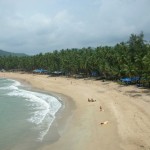 Made famous by the legend of Dona Paula de Menezes, the daughter of a viceroy of colonial Goa, who threw herself off the cliff rather than relinquish her love for a local fisherman, Gaspar Dias, this is also how this famous Goan beach got its name. Famous for its water sports facilities, this beach is also a popular location for movie shoots. The National Oceanography Institute, Salim Ali Bird Sanctuary and the Reis Magos Church are the main attractions around here.

Beautiful beaches from South Goa, these also display a cleaner, quieter visage than some of the more famous and therefore over-commercialized. Shacks offering authentic Goan dishes line the beach, as also some exclusive luxury resorts. Tourists here can also avail of boat trips to watch dolphins.

One of the southernmost of Goa’s beaches, this stretch of white sand and blue water is becoming increasingly popular with tourists. The beach is lined with shacks selling food, clothes, trinkets and other Goa souvenirs.